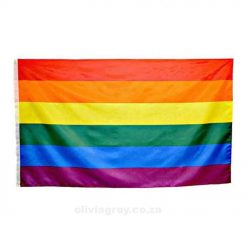 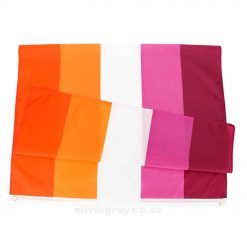 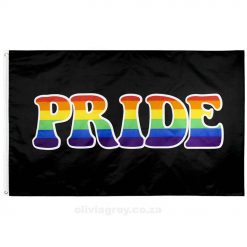 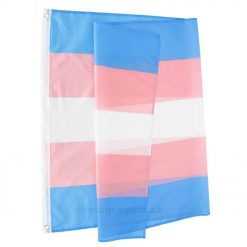 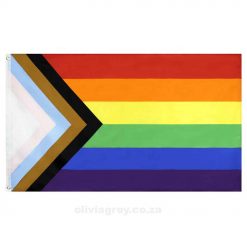 Let your flag fly high and show the world your stripes with your LQBTQIA+ flag.

We have come a long way from the 70’s, these inclusive flags represent different identities and have become a symbol of strength and unity in the LGBTQIA+ community.

We offer FREE shipping in SA on all orders over R750. Under R750 the cost for shipping is R149. So why not add a little something extra.

All orders are packed in plain packaging with no mention of Olivia Grey. We deliver to offices every day and no one knows what delights are inside.

Whether you pay by Credit Card, EFT or SnapScan there will be no mention of "Olivia Grey" on your bank statements.

The rainbow flag – also known as the gay pride flag or LGBT pride flag, reflects the diversity of the LGBTQIA+ community and the spectrum of human sexuality and gender as a whole.

Originally designed by Gilbert Baker in 1978, the rainbow has become the most prominent flag to represent the community.

With multiple versions of the lesbian pride flag, the pink, white and orange version appears to be the one that’s most widely embraced. The different shades are used to represent different types of femininity.

The stylized, retro pride flag is a modern take on the traditional pride rainbow flag.

With a stark black background and 70’s bold print, this flag is great for parades, festivals, and parties. This bold flag is proud to be pride.

Created by activist Michael in 1998, the bisexual flag represents those who are attracted to two genders.

The blue and pink stripes represent attraction to people who identify as the respective male and female genders. The purple stripe in the middle symbolizes attraction to both.

Light blue and pink are featured as the traditional colours associated with boys and girls, respectively. The white represents those who are intersex, transitioning, or of neutral or undefined gender.

The yellow stripe in the middle represents attraction to those who identify as genderqueer, non-binary, agender, androgynous, or anyone who doesn’t identify on the male-female binary.

Polysexual people, who are sexually attracted to multiple, but not all, genders

The Pride flag was recreated by Daniel Quasar to include both black/brown stripes as well as the trans stripes to give it more meaning.

The chevron designs include the colours of the Transgender Flag.

The brown and black stripes represent marginalized people of colour. The black stripe has a dual meaning: honouring those lost to HIV/AIDS, and the stigma surrounding those still living with HIV.

There are no reviews yet. 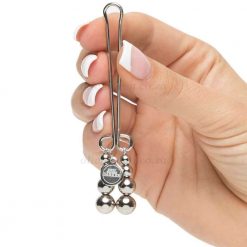 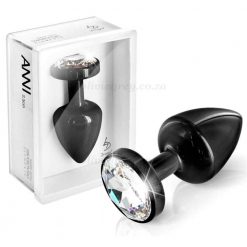 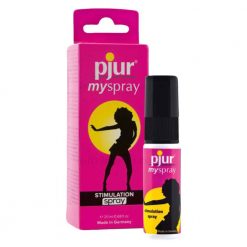 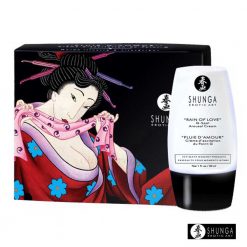