Let’s face it, if anything makes you feel good, it’s probably a little bad for you… Although classified as a “drug” these stimulants are largely legal in South Africa and if used responsibly can be a wonderful addition to your bedroom bliss.

We have made a guide for you to understand the benefits and risks of poppers, for you to enjoy these great little pleasure aids safely and in moderation.

Poppers are an inhalant that has been used widely as a recreational drug, actually making its first appearance as a medication for heart disease, and certain types are used to treat cyanide poisoning.

The name comes from small glass capsules that were prescribed to treat chest pain caused by reduced blood flow. These capsules were popped open and inhaled, hence the name “poppers.”

These clear yellow liquids have sharp chemical smells which depending on the brand can smell like anything like household solvents, to the gas in your aerosol cans.

On the recreational side, they are not strictly limited to the boudoir, poppers became popular in the late ’70s, ’80s, and ’90s in gay clubs and were a signature scent around the sexual liberation movement. The high has an aetherial freeing effect which can very much amplify and enhance your mood.

What do Poppers do?

When inhaling poppers one feels a pleasurable intoxicating euphoria which not only relaxes your muscles (especially around your sphincter) but also acts as a vasodilator which promotes blood flow allowing you to become more sensitive, heightening your sexual experiences and climaxes.

You can expect the following good feelings when inhaling poppers;

How long does the high last?

Depending on the brand and strength of the poppers, the high only lasts from a few seconds to a few minutes when inhaled.

As one uses poppers it is common to build a resistance to the chemicals, meaning the effects will dissipate quicker. It is then important to use the chemicals in moderation giving your body a chance to process between uses.

In other words, put it down, love. You CAN have too much of a good thing.

Are Poppers only for gay men?

These inhalants help in loosening the sphincter muscles and relaxing the user which is beneficial for everyone from back door beginners – to your regular sexperts of all sexual orientations and genders.

These pleasure aids are not specifically targeted to the anus and will also relax vaginal muscles and heighten the sensations around all of your erogenous zones, making it a great addition for all your play-time ventures.

Sold yet? Now for the important parts

Always remember, not everyone enjoys the same experiences. When it comes to poppers- the headrush and feeling of not being in control may not be your cup of tea. Much like any other substance we all have our limits and for some that are none.

If it’s simply not your idea of a good time, there are many other ways to achieve relaxation and sexual aids which are far less “Taboo”

In short, if you use them responsibly, Yes. There have been numerous studies done around the world which have shown that the effects are short-lived and have little impact if you use it occasionally and minimally.

Do not forget, poppers are still drugs.

Poppers are not chemical addictive in the way that other drugs may be, however, these chemicals can become a dependency for users as they fall into a routine of needing to inhale the vapour before sexual intercourse to relax the sphincter and pelvic muscles.

As these chemicals are merely used as sexual aids, if you feel you or a loved one may be dependant on poppers to attain a certain level of comfort, be rest assured that there are a variety of products that can assist with muscle relaxation effects- such as lubes serums and sprays which not only pose far less potential health risks but are specifically designed for the purpose. 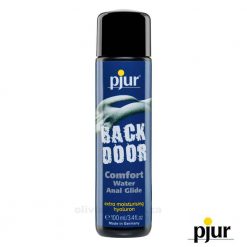 If you overdo it there are some nasty side effects, that will not only be dangerous to your health but potentially fatal.

These include and are not limited to the following;

As poppers are vasodilators- which by definition mean they widen blood vessels leading to increased blood flow with flashing and warming effects, they are not to be used with the following substances as they may cause your blood pressure to drop fatally low

If you have pre-existing heart conditions, respiratory conditions, anaemia, or any other conditions which may be amplified with one or more of these side effects you should avoid the use of poppers.

What we hope you take away from this

If you do decide to dip your toe in the chemical pool, be sure you understand what you are doing to your body and the possible effects they may have on you.

In a time when we are more conscious of our health than ever, PLEASE be responsible, do your homework and stay safe!

Time to pop off!